A refreshing iced milk tea made with black tea, sweetened condensed milk, and half & half. It’s sweet, creamy, and hits the spot on hot summer days. 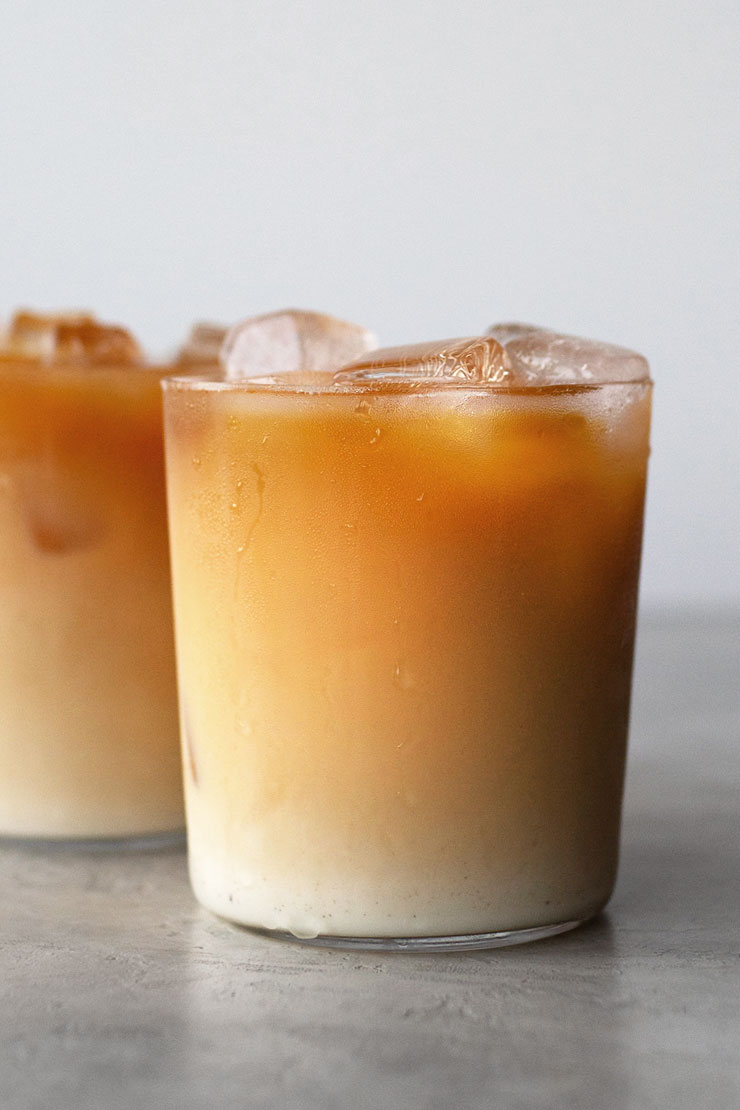 What makes this iced milk tea so so so good? It’s sweet (from the sweetened condensed milk), creamy (from the half & half), and full-bodied (robust black tea brewed properly).

I took my regular milk tea recipe and switched it up for the summer by making it iced. I made slight adjustments to the ingredients so that it’s a Hong Kong-style milk tea.

What is Milk Tea?

Milk tea is simply tea with milk. When you add milk to any type of tea, it’s a milk tea.

There are a lot of different forms of milk tea including:

There are a ton of different variations and methods to make milk tea and for this iced milk tea recipe, I took inspiration from Hong Kong-style milk tea by using sweetened condensed milk.

The Hong Kong milk tea is noted for how the tea is filtered through a cloth strainer that looks like stockings. Because of this, it’s sometimes called “pantyhose” or “silk stocking” milk tea.

I make my iced milk tea in just 8 minutes. What’s the secret? Ice. A lot of ice.

Most of the time is spent heating up the water in an electric kettle (2 minutes), brewing the tea (5 minutes)–it only takes a minute to get everything else together for the drink. 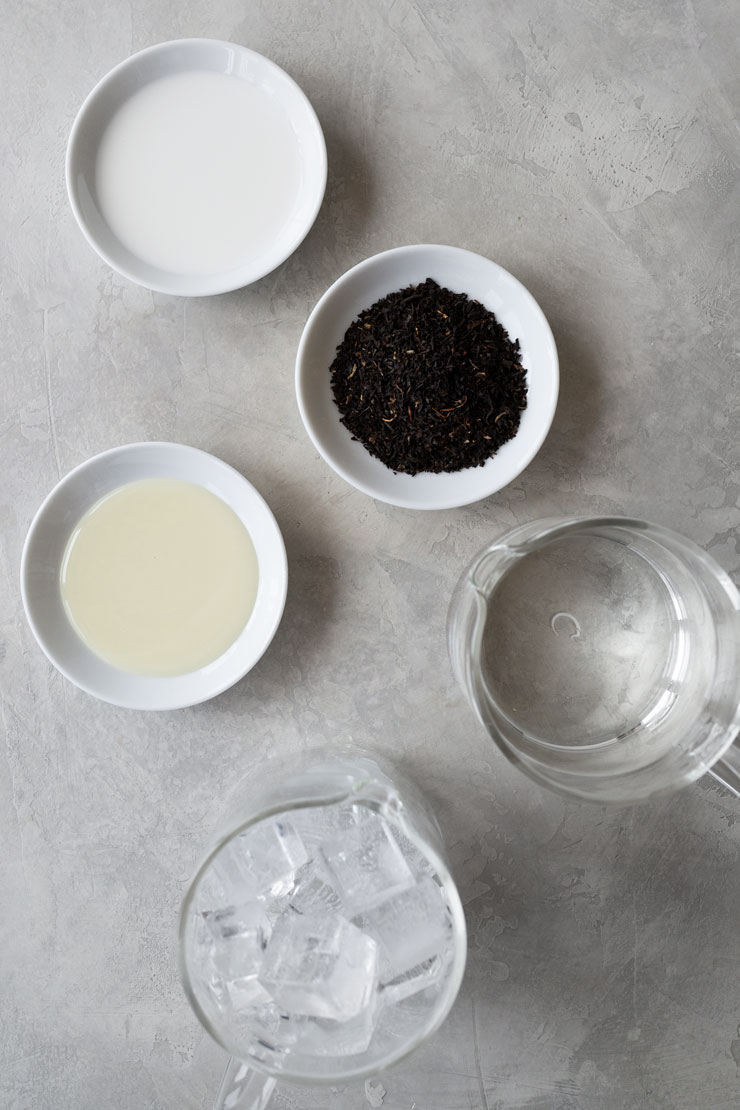 What I Used to Make This Iced Milk Tea 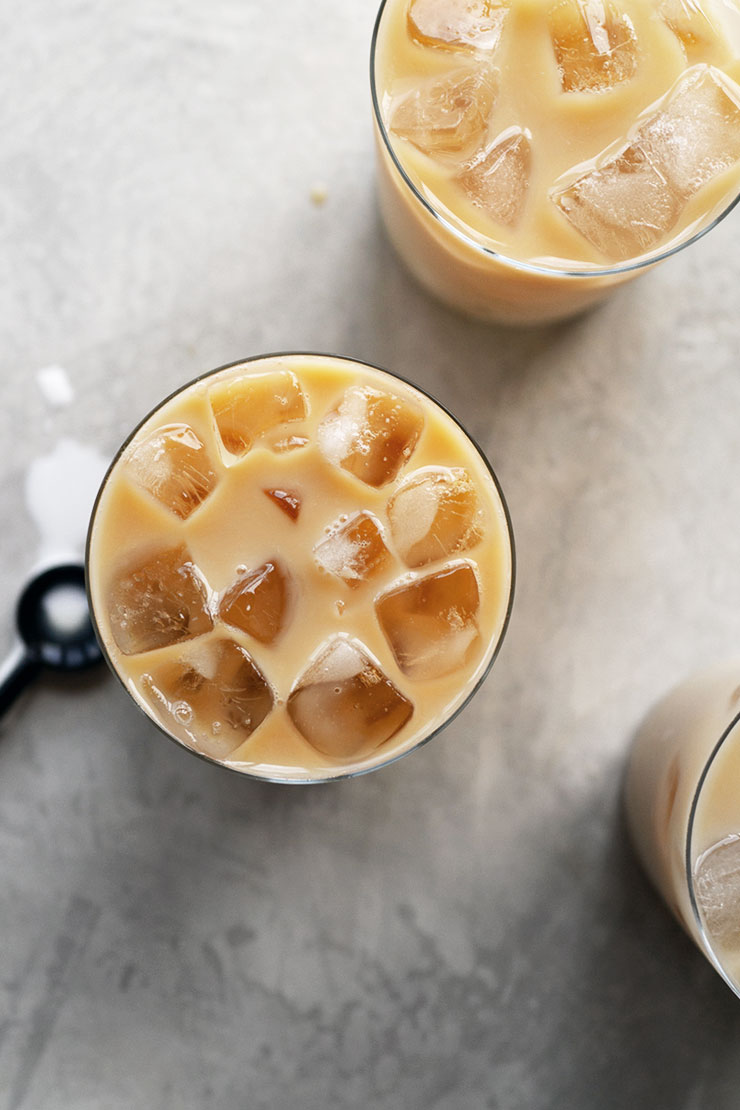 The traditional Hong Kong-style milk tea uses a black tea blend with Ceylon tea. I picked a blend called Orange Pekoe which is Ceylon and Assam together.

A black tea is a must for milk tea, so go with a pure black tea like Assam. I would avoid black tea with flavoring like Earl Grey.

How to Make Iced Milk Tea

This iced milk tea is quick and easy. The longest part is brewing the tea in hot water.

First thing is to heat up some hot water. I use my electric kettle and set the water temperature to 180Â°F. If you don’t have an electric kettle, bring water to a simmer and turn off heat.

I don’t like using boiling hot water for making iced tea since I need to cool it down quickly and I find boiled water just too hot to work with.

RELATED: How to Make the Best Bubble Tea 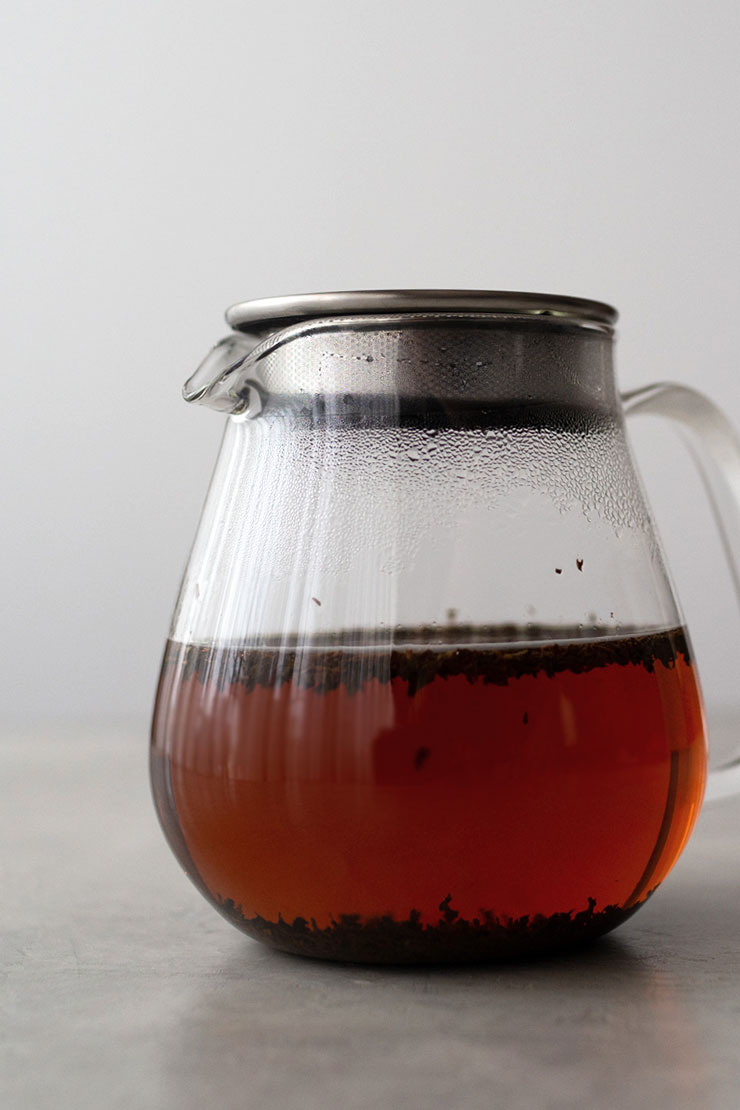 In a teapot, make 1 Â½ cup of a really strong brewed tea by steeping 4 teaspoons of tea.

Steep black tea for 5 minutes. We want a nice strong brew using double the amount of tea. I’m using two teaspoons of tea for each serving.

It’s easy to brew in a teapot with a strainer lid like the one I’m using. I use it all the time since it’s so easy to clean. 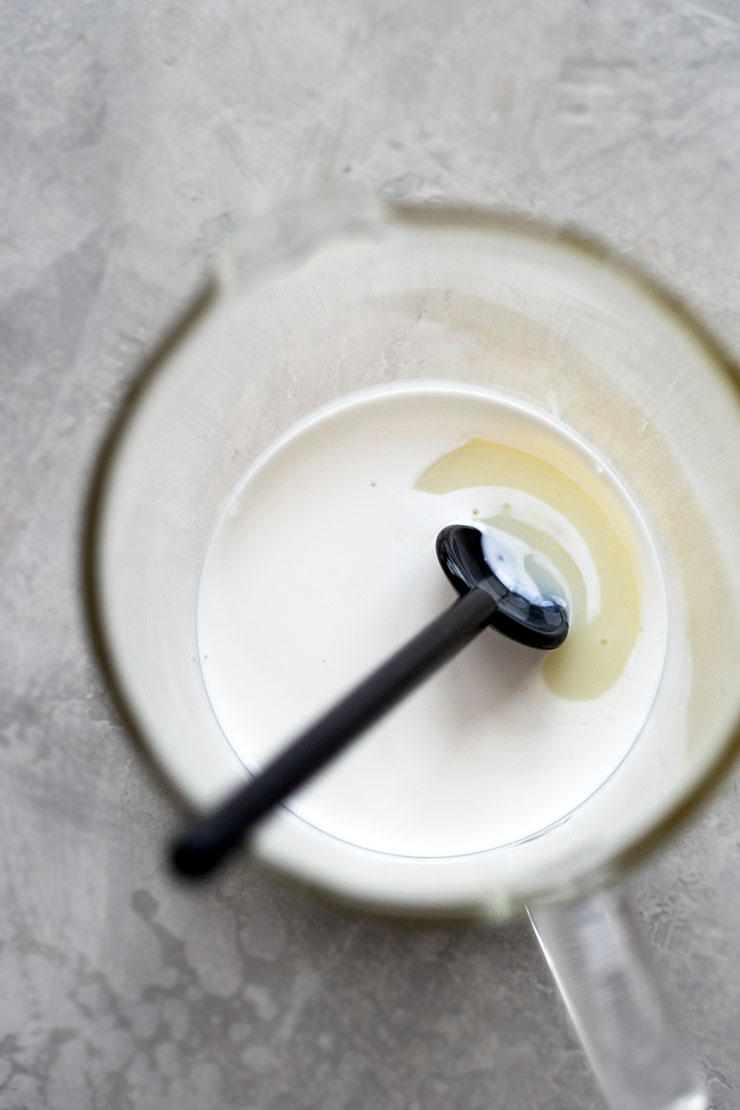 Mix sweetened condensed milk and half & half.

While the tea is brewing, combine the sweetened condensed milk and half & half.

I’m using half & half but you can use any milk you prefer. The half & half is richer and creamier so it has a more decadent taste.

What is half & half? It’s half whole milk and half heavy cream. It’s perfect when heavy cream is too much and milk isn’t rich enough. 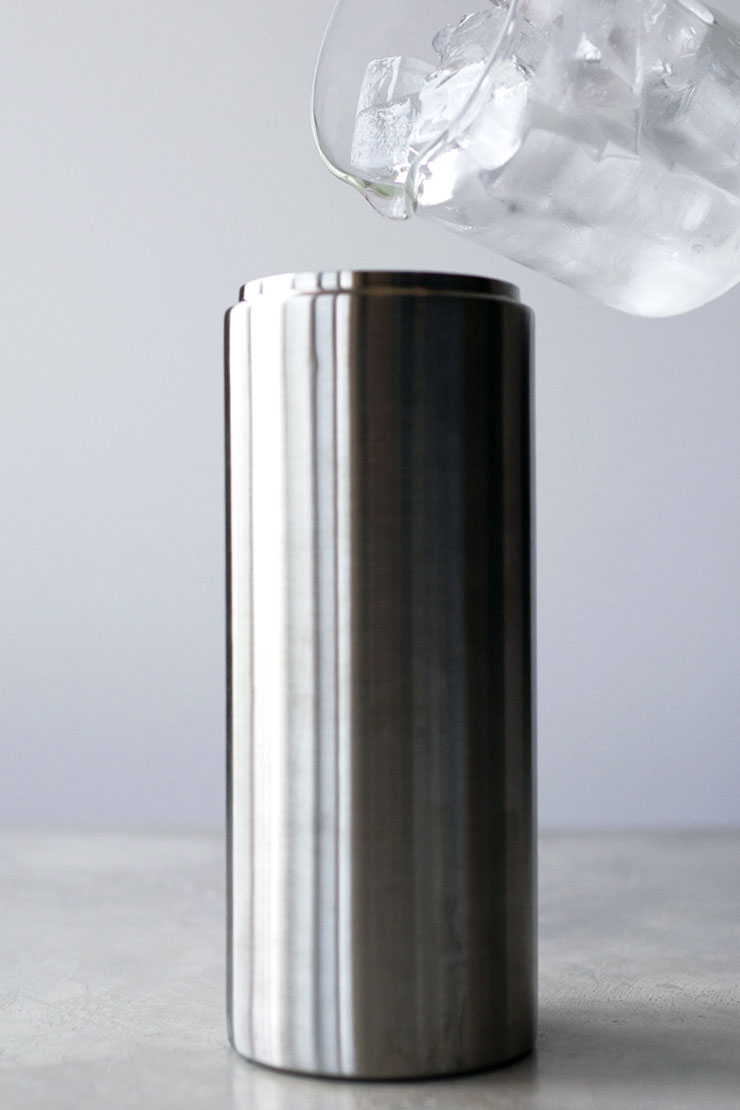 From this point on, it takes about minute to make the rest.

In a cocktail Shaker or water bottle with a wide-mouth opening, pour in 1/2 cup of ice. 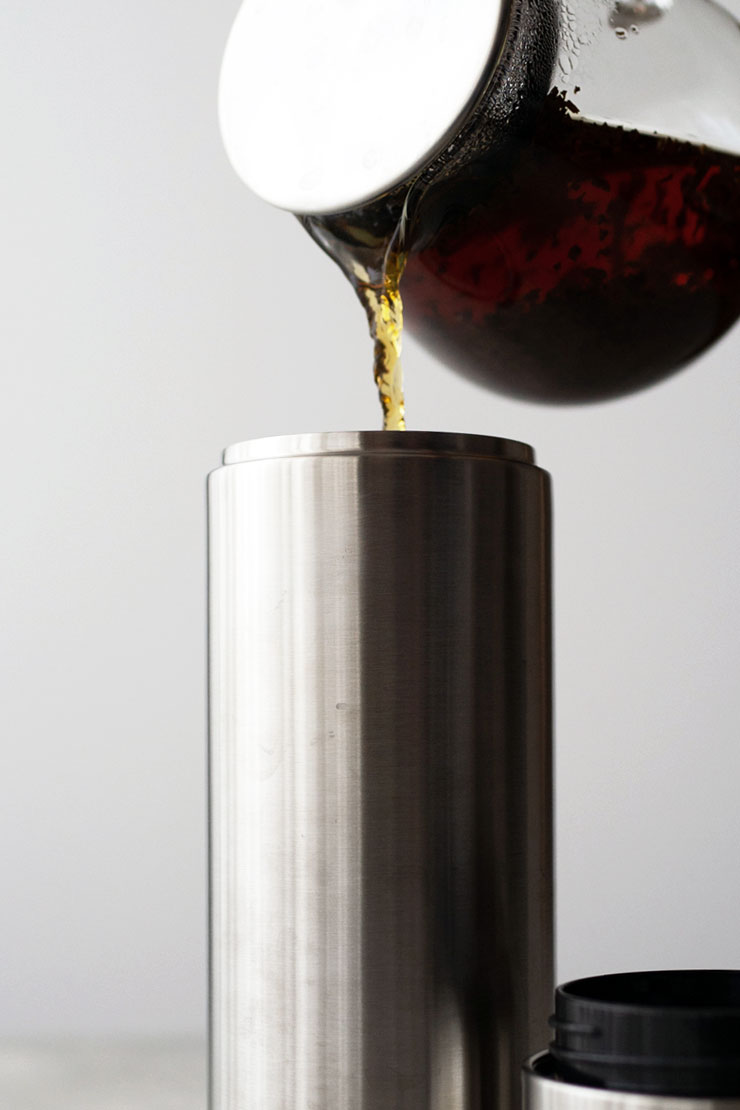 Next, pour in the hot tea. 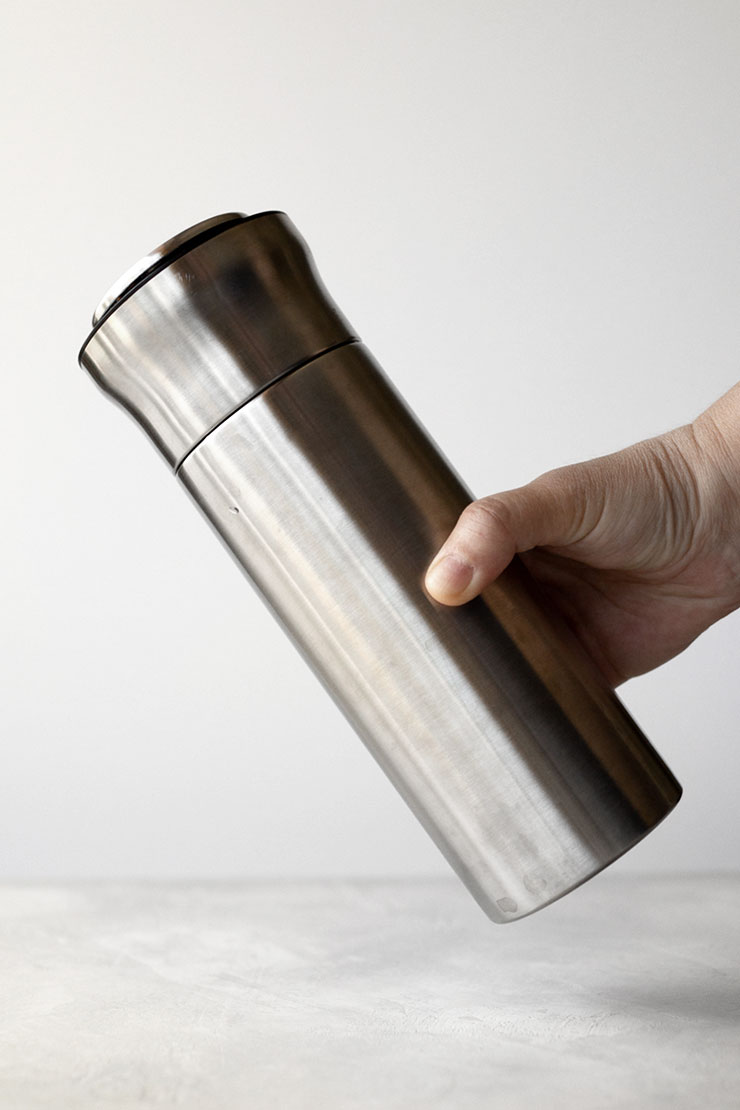 Tightly close the lid and give it a good shake. I shake it about 10 times.

Ice quickly cools down the tea with this method and it’s ready to drink. 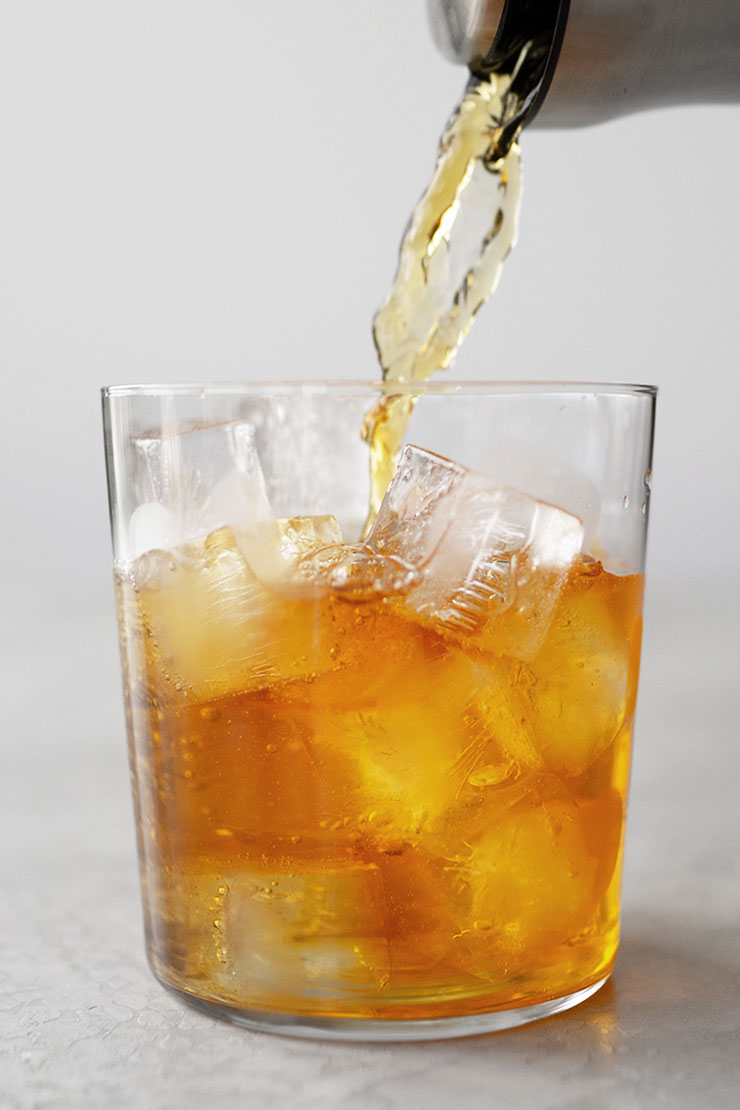 This recipe makes 2 servings, so each ingredient gets split into two cups.

Fill cups with ice and pour in the ice chilled tea. The tea will melt the ice a bit, but not too much. It’ll be nice and cold when you drink it.

Leave a little room at the top for the sweetened half & half. 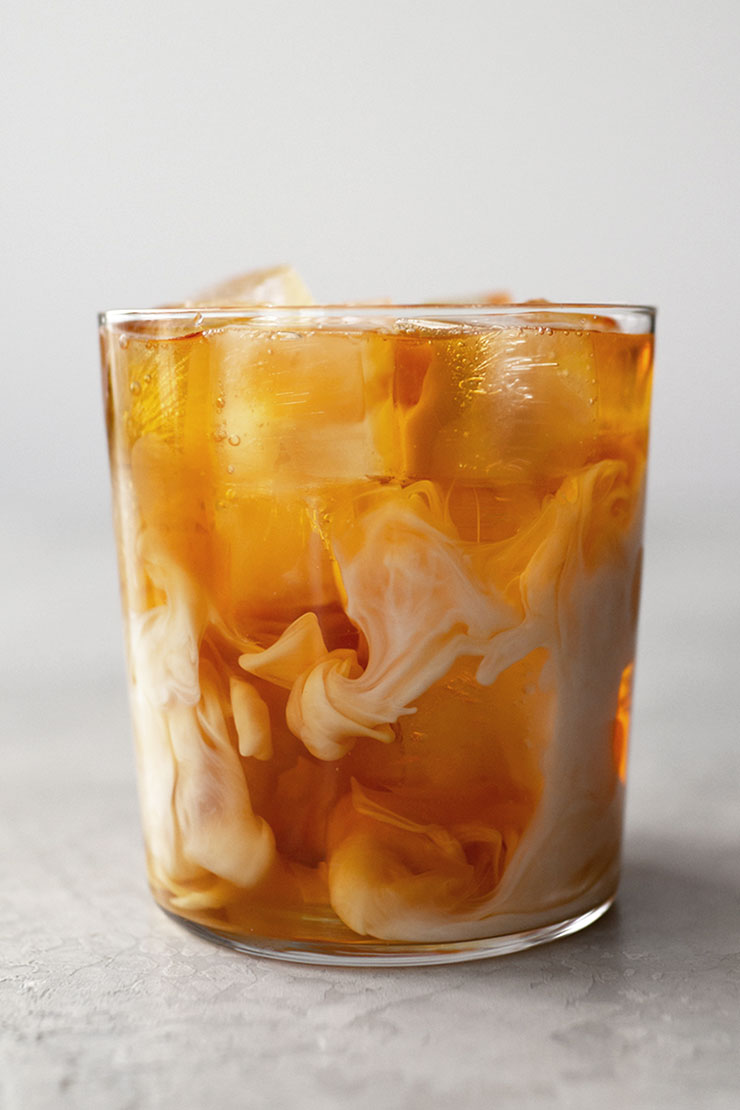 Pour in the sweetened half & half. Pretty! 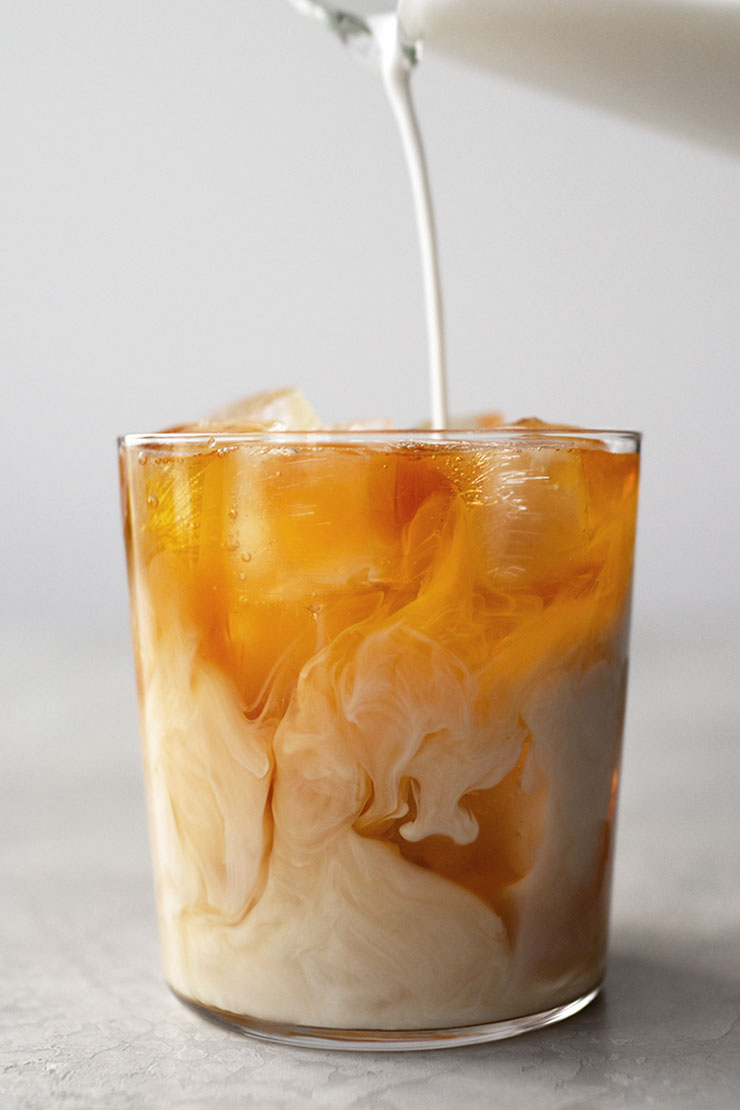 Because there’s sweetened condensed milk, it’ll sink to the bottom of the drink. Make sure to stir before drinking. 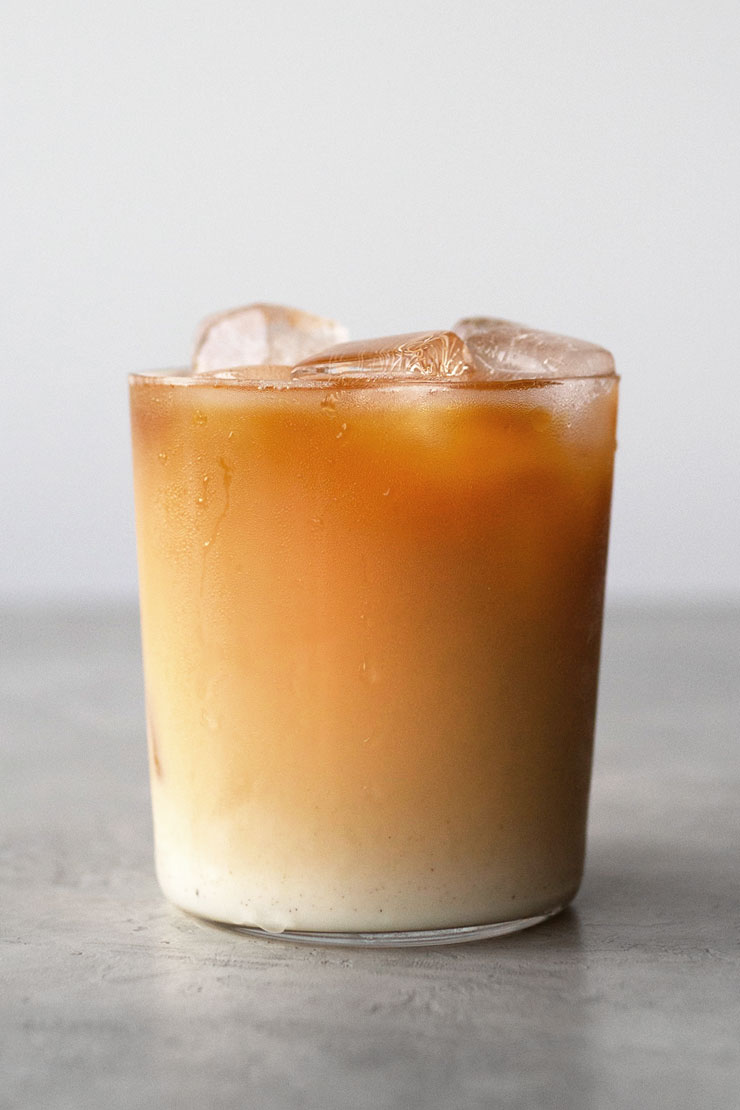 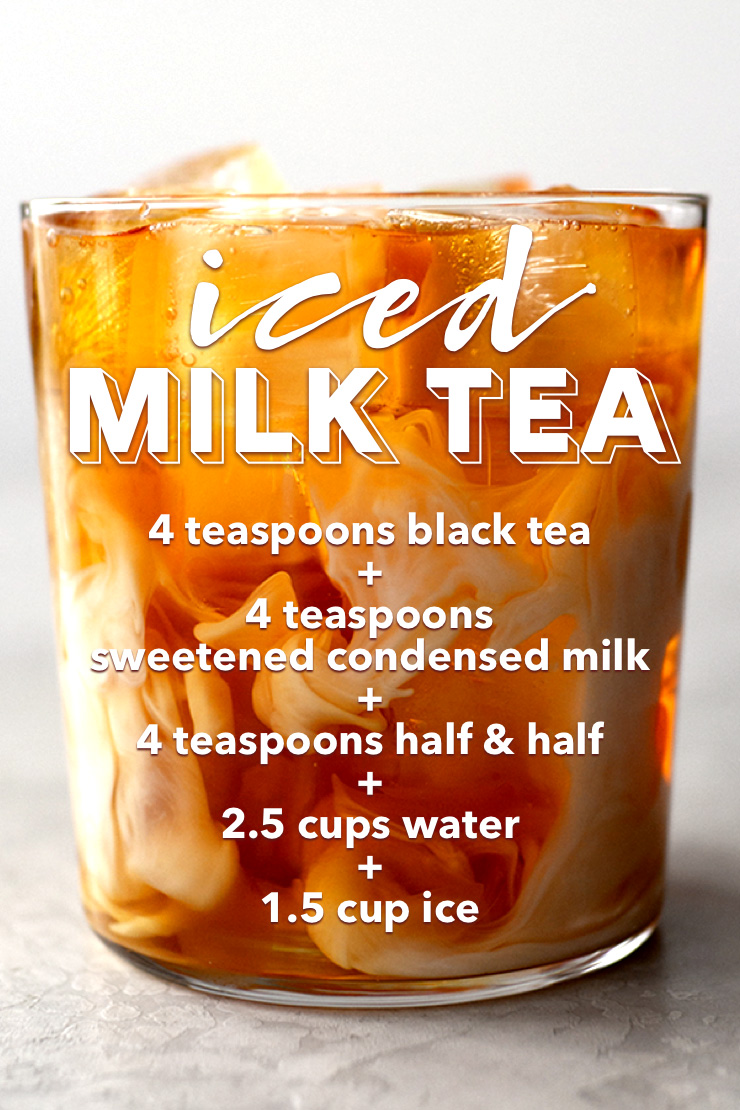